The coalition formed by the omega-3 industry to reverse the decline of omega-3 sales in the US has completed a successful test market in Charlotte, NC. In just four weeks, the integrated marketing campaign increased sales 5.8%, significantly above the 3% campaign goal, and also showed a positive increase for the first time in many months. In fact, Charlotte was lagging behind much of the rest of the US prior to the campaign, but by the end was the best performing region in the country. 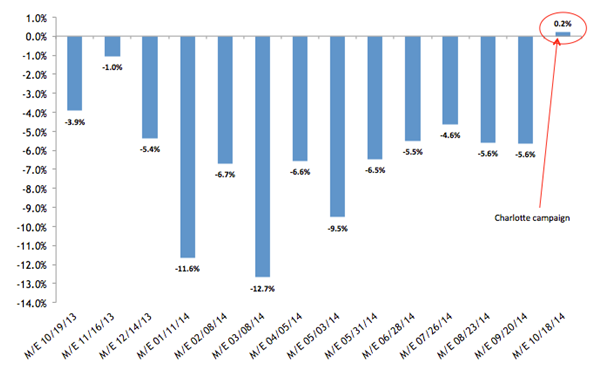 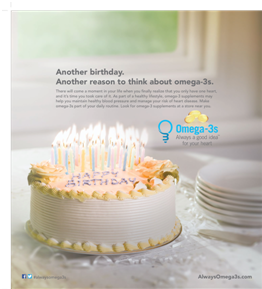 The omega-3 coalition also completed two separate consumer surveys before and after the campaign in Charlotte. Based on the survey results, an estimated 28,000-61,000 new users came into the omega-3 category specifically because of the campaign. It is also worth noting that the market research team analyzed the pricing structure in Charlotte and other geographic markets during the month and determined that the increase in sales was not driven by discounts or sales promotions.

The campaign in Charlotte also benefited all types of EPA and DHA oils, including 18:12 (30%) fish oil, concentrates and krill oil, with sales growing an average of 2.2-2.6% per week throughout the campaign.  By contrast, these same oils declined throughout the rest of the country.

Now that the proof of concept has been established, the coalition is fine-tuning plans for a national roll-out in early 2015. Armed with learnings from the Charlotte test market, the coalition feels confident that it can amplify the consumer messaging and impact in a national campaign.

“This is an exciting time in the omega-3 business,” said Adam Ismail, Executive Director of GOED and part of the coalition Steering Committee. “The Charlotte campaign showed that we can reverse the market decline by coming together as an industry,” he said, “and going forward, we welcome the participation of everyone, from suppliers to brands to brick and mortar retailers, with a stake in the EPA and DHA business.“

About the Omega-3s. Always a Good Idea Campaign:

The campaign is the brainchild of the omega-3 coalition, formed in early 2014 by interested industry partners to develop and execute an integrated consumer education, awareness and advocacy strategy, including a range of best-practice consumer engagement efforts to create consumer demand and reinvigorate the omega-3 category. The program, coordinated through the auspices of GOED, the Global Organization for EPA and DHA omega-3s, focuses on growing consumer awareness of and preference for the important health benefits of omega-3 supplementation.