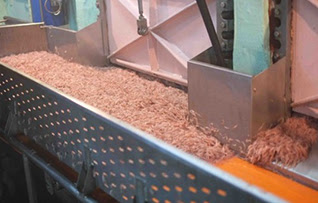 In order to preserve krill’s “unique health and nutritional properties,” krill oil extraction should take place as soon as possible after the krill have been caught, according to Dimitri Sclabos, general manager of Tharos Co., a Chilean-based krill consultancy.

Sclabos claims that a new at-sea extraction process for Antarctic krill (Euphausia superba) developed by Tharos enables krill oil to be produced on board the catching vessel in less than two hours after the krill have been brought on board.

“Compared to current krill oils which are all manufactured on land using either dried krill meals or frozen krill previously produced at sea, Tharos’ krill oils are manufactured entirely on board from fully traceable, freshly captured raw krill,” he said. “The process is 100 percent chemical and solvent-free.