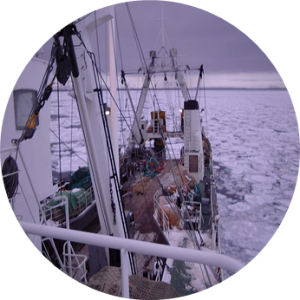 In the past few weeks several apocalyptic prophecies have made the headlines anticipating a collapse of the South Antarctic krill fishery. Coincidently, when CCAMLR’s October/November annual meeting is approaching, similar news abounds, historically.

This time the heat has gone up to the level to ask for a full closure of the South Antarctic krill fishery, dump decades of the best science, forgetting the involvement of top-grade universities and research centres, having the best run fishery managed by CCAMLR, fishing companies ascribing to tougher regulations, a full closure of certain fishing areas, limitations on others, tough MPAs, and so many other regulatory obligations.

Now we face the “pandemic” news that, when one krill operator reports up to 35% less catch, as a tsunami, hell flames hit the news using this cyclical phenomenon as the omen of the end of “happy feet”.

Let’s put things in context as this is not the Wild Wild West;

See here the table of content of THAROS’ latest report showing why you should not take for granted all what has been published. In case interested, we have a free-copy waiting for you.