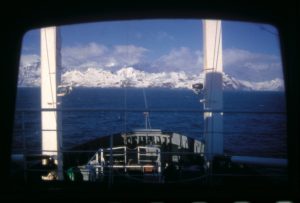 Following Tharos’ reports on Antarcic Climate change and its impact in krill fishing and other species, this report reinstates that climate change is a major threat to global biodiversity. Antarctic ecosystems are no exception.

On the winers side, all three pygoscelid penguins responded positively to warming by expanding from glacial refugia, with those breeding at higher latitudes expanding most.

Southern gentoo penguins are responding to current warming expanding their range southwards. Conversely, Adelie and chinstrap penguins are experiencing a ‘reversal of fortunes’ as they are now declining in the Antarctic Peninsula.